If your client has fifteen of twenty years to their investment goal, no worries about market ups and downs, right? Here is some background to think about.

“Lost decade” came into our lexicon from the Japanese market, But we have had lost decades -- and then some — in the equity markets, where it was over ten years, 13 or 14 years, actually, before the market started back up for good from the previous level. 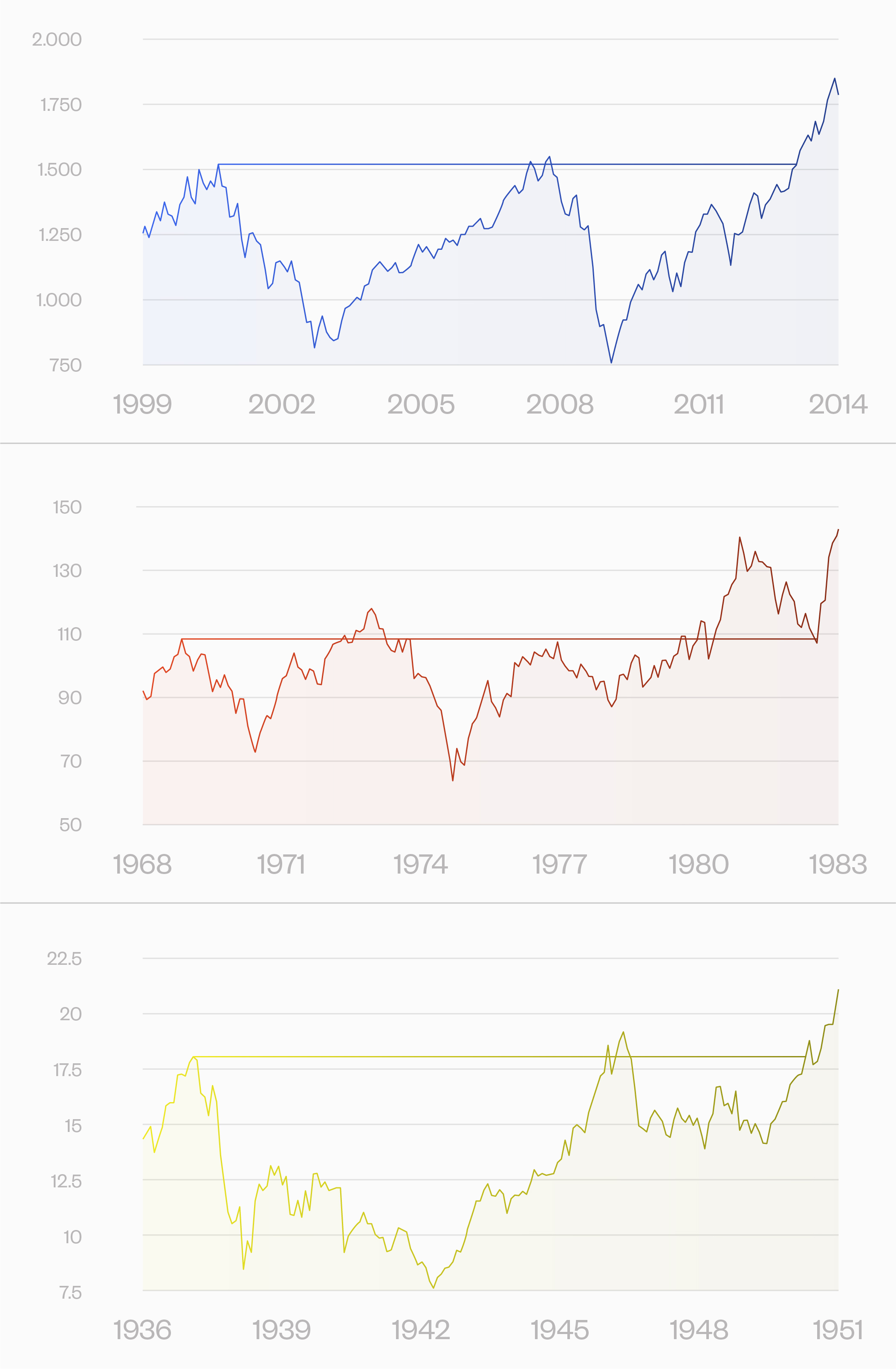 Bottom line: Long-term goals don’t make you immune to market risk. If you are looking out 50 or more years, good chance, but if it is ten or twenty, no.