One risk I am focused on — one that remains an “if” — can be described using the 1970’s term: stagflation. Inflation becoming structural and coupled with recession.

Everyone has their view of where the market is going. I’ve been a market professional for decades, and when people ask me, I let them know that my view is not much better than anyone else’s.

But not many people have a view about the risk of the market. Most don’t even think about it. And there, I have a lot to say. Because my decades is the market have been focused on managing risk.

Specifically, I care about what I call material risks; risks that are big enough to matter to individuals and asset owners like pension funds. For most of us the bulk of day-to-day, even month-to-month gyrations of the market are noise. Even though this is what we read about and hear from the various talking heads.

I look at material risks using scenarios — if such-and-such happens, what is the likely range of its implications for the market. I’ve focused over the last year or two on tech and inflation. These are no longer “ifs”. They are now in the realm of the prognosticators.

Two risks I am focused on now, scenarios because they remain “ifs”:

1. Inflation becoming structural and coupled with recession. It can be described along the lines of the 1970’s term: stagflation.

2. A slow-motion cascade due to the market being weakened by the effects of inflation and tech,, making it susceptible to one event after another. I think of the TV show House; someone comes in with one malady, and then like falling dominoes it leads into others, each more severe than the last — usually right before the commercial breaks. The result can be a “lost decade” — where the market goes nowhere for ten-plus years. That is a material risk in anyone’s book. 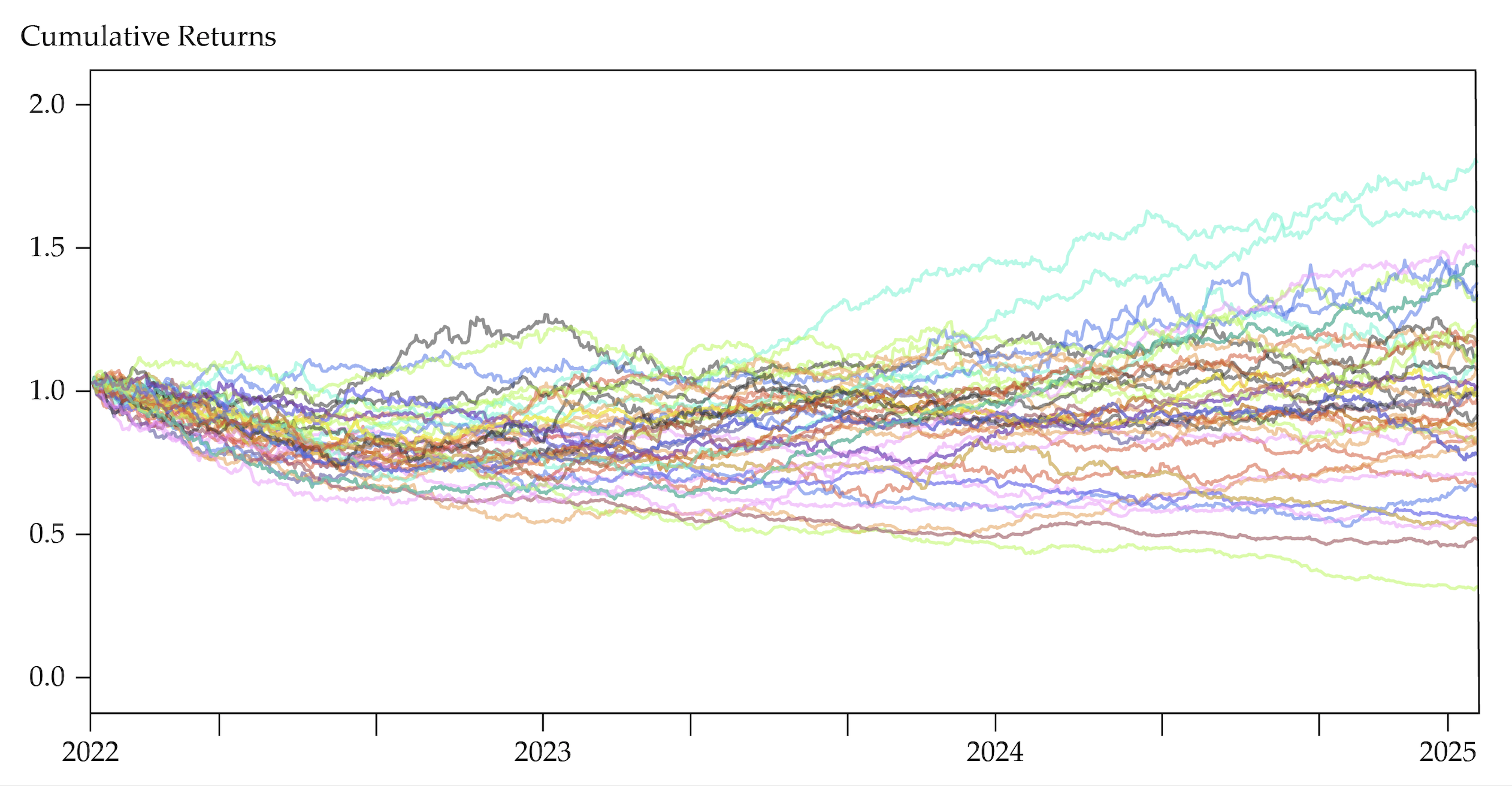 Using our risk model at Fabric, this figure gives a picture of the stagflation scenario. It shows a few paths — actually, there are many simulation paths, but if you put them all in it is hard to see what is going on. The general sense of risk is a market down another 25% to 30%, with a drop taking over a year, and a year or more to recover. (It is pegged with a start of 2022, but we actually don’t know when the “if” will start.) 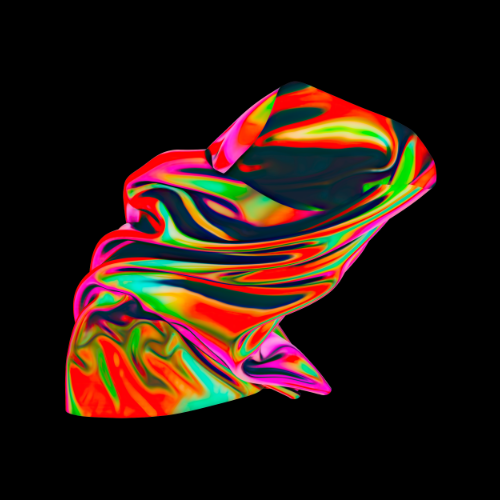